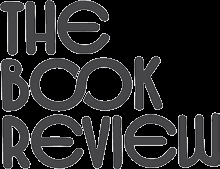 An Archive of India’s Military History

MILITARY MUSINGS: 150 YEARS OF INDIAN MILITARY THOUGHT FROM THE JOURNAL OF THE UNITED SERVICE INSTITUTION OF INDIA

The United Service Institution (USI) describes itself as the oldest think tank in Asia. Set up by the British, it opened in Simla in late nineteenth century. Soon after Independence, it moved to New Delhi. Though under considerable pressure from lack of resources in the early years, it managed to nurture successive generations of Indian military leaders into military matters and mores. Its journal, the USI Journal, claiming to be the oldest military affairs journal in Asia, has been a ubiquitous presence in military stations across the country, with this reviewer once spotting it in a tent of the company commander at a remote United Nations peacekeeping operating base in Gumruk, Pibor County, Jonglei State, South Sudan. (As an aside, the company commander received a paralysing wound in a rebel ambush the following day but recovered enough to command his infantry battalion, though propped up by two crutches.)

This is only to illustrate the USI Journalas a popular professional journal, supplementing the USI’s efforts at imparting professional military education, a military culture and a more widely, a strategic culture. A collection of articles from the Journal at its 150th anniversary is thus a thoughtful commemoration of its sesquicentennial year.

The USI sensibly chose Squadron Leader Rana TS Chhina (Retired), head of the Center of Armed Forces Historical Research, that is lodged in the USI, to undertake the mammoth task of sifting through the 150 years of the quarterly publication (monthly for a brief period some 125 years ago) to cull out the articles that best captured their respective age and its concerns. Rana as an expert on colonial military history, with an award of an Honorary Member of British Empire to boot, was best placed to pick out the articles in the pre-independence era. Having been a crack helicopter pilot with the Indian Air Force (‘crack’ because in the mid-eighties he held the world record for the highest landing for his class of helicopter, probably in Siachen),he was also well placed to spot articles that shaped the post-independence period.

Rana has put together a historical volume, a collector’s item as such, covering 150 momentous years of military history in South Asia. His was a challenging task, since there is so much that has happened in the years the journal has kept a meticulous watch on affairs military in the region. Not only did the army get institutionalised in the early part of the period but is sister services joined it soon thereafter. Not only did Indian military fight in the two world wars, but has participated in four wars, two high intensity military engagements (the Indian Peace Keeping Force and Kargil War), UN peacekeeping and several counter insurgency operations since. Rightly, Rana does not restrict his collation to the operational part, but defining military history widely, he also includes a sociological picture of the manner the services have evolved, embedded in the wider flow of national security. Capturing the grand sweep of history witnessed by the USI in 439 pages has been remarkably done. Alongside, he has taken care to reproduce in an unexpurgated form the articles as originally published to convey the essence of a particular period.

Some articles resonate through the years. For instance, the second article in the anthology, written in 1972, talks of the strategic value of Kashmir declaiming: “’Cashmere’ then may perhaps be regarded as the great N.W (North West) bastion of India; and, lying, as it does within the general frontiers of Hindustan, its defensive resources should, I hold, be absolutely subordinated to those of the state in any grand imperial scheme of defence for India (p. 20).” In the question and answer session at a talk by Captain Francis Younghusband, the legendary traveller who surveyed routes into Tibet from India, Younghusband talked of find Russian goods at all the towns he visited in China during a 7000 km long journey. His testimony that “Russian goods had even been brought into Leh, Ladak and Kashmir (99),” suggest potential for revival of the old Silk Route connections across what is currently a rather troubled Line of Actual Control.

The credibility of the journal is evident from Captain Liddell Hart sending it the paper, ‘A re-definition of strategy’, in 1929. The paper lays out his famous strategy of indirect approach and is a marvel in strategic writing. Presciently he anticipates developments over the coming decades, writing: “The civil conditions give the strategist not only an alternative channel for action but an additional lever towards his military aims. By threatening economic objectives, he may…  dislocate the enemy’s military dispositions… slip past the military shield and strike at them with decisive results. This potential development of strategy is greatly favoured by the development of the air weapon… (p. 187).”

Included is a lecture by Sardar KM Panikkar, as the chair referred to him, in which the great strategist dilates on the nature of war changing in the twentieth century to Total War, thereby making peacemaking an impossible task. The question and answer session at the end of his talk is a must read on the quality of the strategic discussion in the mid-fifties and has insights into the manner India approached security in the years leading up to the infamous debacle in 1962. The 2018 national security lecture delivered by Amb. Shivshankar Menon while bringing the reader up to date, also bespeaks of the continuity in India’s security concerns through the decades.

The military emphasizing jointness these days, the growth and concerns of all three services are evenly represented. The journal had way back in 1912 highlighted the importance of the air planeinvention. Two further articles on air power punctuate the anthology, one of which was authored by the legendary Field Marshal Arjan Singh early in his retirement. For even handedness, maritime history has an equal place, with three articles enabling a rough sketch of the navy as it developed, including one by its former chief, Tahiliani. The only war covered explicitly is 1971 War, while articles on campaigns such as in West Asia in World War II and the Naxal problem are included.

Perhaps the most significant theme of the anthology is on the moral element. A British officer leaving for home after service in World War II, pays tribute to Indian soldiers he served with, writing: “I remember a Sikh sepoy plucking a drowning P.M. (Punjabi Musalman) out of the mud in a large pond in Bihar, Pathans carrying Sikh wounded to the Regimental Aid Post on the bullet swept slopes of Kohima, P.M.’s bringing in a wounded Pathan in the Arakan, Sikhs of the 1/11 Sikh Regiment giving their all to break a Jap block in Sittang Bend to aid the hard-pressed Battalion of the 8th Gorkhas… In a first class battalion, a man’s religion is his private affair, but he fights and dies a proud member of the Indian Army. What an example to others!” The last perhaps in reference to the Partition clouds that were then building up. The baton of legacy is passed on by Brigadier HS Yadav in his ‘Tips from a Subedar Major’, by Brigadier NB Grant on the soldier’s honour code in his ‘An Officer and Gentleman’ and Brigadier Sardeshpande, in his ‘Passing it on’, passes on ethics and the joy of soldiering.

Finally, it can only be said that Rana has succeeded in his aim of presenting the reader with a “flavour” of the contents of the journal. The journal is indeed an archive of India’s military history and record of its security consciousness. Rana’s is a but sampler, with only illustrative examples, that should serve to lead readers to the rest of the corpus in the USI’s Pyaralal library, where this reviewer for one has spent his most absorbing time.